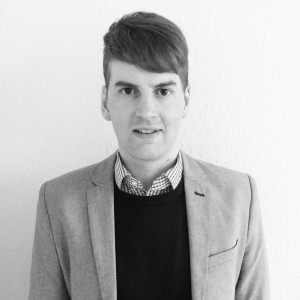 Born in England and educated in Australia, Nicholas John Greenfield has spent half his life exploring the world. From living in a tiny box of an apartment in Paris' Montmartre to braving life in Mexico's chaotic capital, Nicholas constantly seeks adventure on the road, arming himself with a pen, a piece of paper, and a vivid imagination. The poet who realized that lovelorn works would never get him anywhere, Nicholas turned to prose and channelled his experiences and contemplations into creating vivid visions of urban isolation, alienation, nihilism and a dark optimism. "Persephone", his first surreal dreamscape short story, was published alongside Thomas Ligotti in the international publication, Die Novelle, before also being part of the International Indie Collection published by Self-e. It then went on to be a featured read of the influential Wattpad network, Literary Fiction, garnering over 30,000 reads online, a feat accomplished in part by Nicholas’ 13,000 Twitter followers. The companion piece, "Hades", was part of a Wattpad featured collection for Valentine’s Day 2016 that accumulated over 170,000 reads. A third short story, "Flames", is soon to be published by the intercultural writers’ website, www.cecileswriters.com. "Glass", "Flames", "Shores", "Home", "The Beat" and other pieces are available on Wattpad. He now works with Inspiritus Press to traditionally publish short stories and a greatly anticipated novel. Nicholas lives in Rome, Italy, where he strives to write himself out of the world in which he resides.