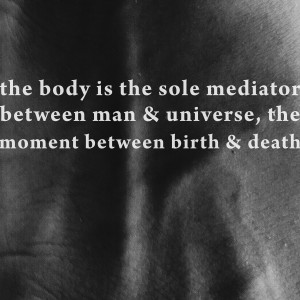 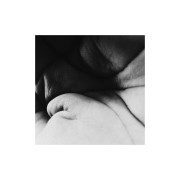 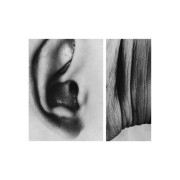 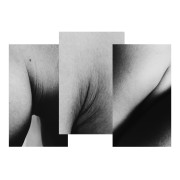 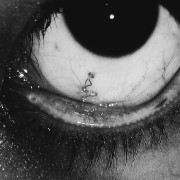 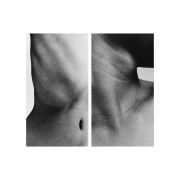 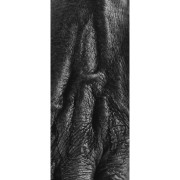 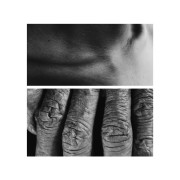 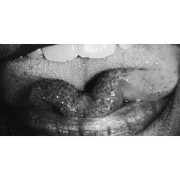 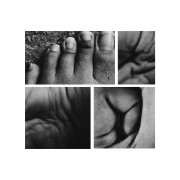 A complementary photography collection to the Apparatus anthology by Mae Claudette Costan. In Apparatus, the physical body and its relationships are celebrated, examined, distorted, degraded, dissected, exposed, moving from gritty and grotesque to transcendental and surreal, a journey from the physical to the metaphysical. The photography reflects the human body in experimental and artful lenses. Available as a PDF book, or poster prints. Framed pieces and a print artbook will be available soon. Some photos are not shown here. 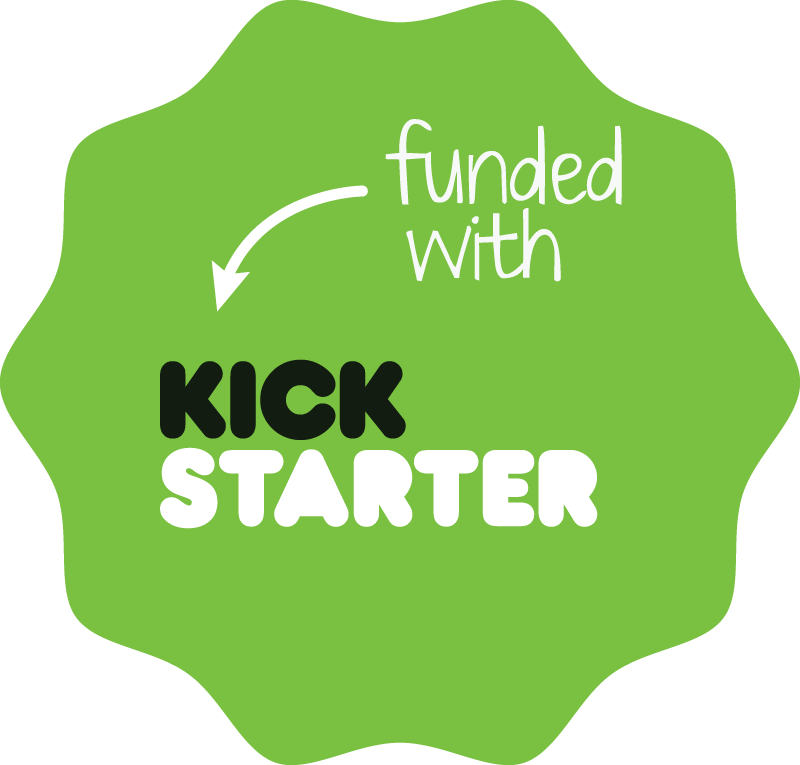 The Inspiritus Press team has been hard at work at building up communities and creating platforms to encourage, support and uplift emerging writers both online and offline, such as our initiatives with the Wattpad Literary Fiction Network and the York University Crossroads Literary & Reading Festival. Our passion is to connect traditional and digital, avant-garde and commercial.

This mission continues with Apparatus, our new anthology in conjunction with the Literary Fiction Network​ and 15 contributors, slated to release in late January 2017.

The 80-page collection of form-breaking experimental poetry and prose, includes abstract photography and art, in a charming 4.75″ x 7″ quality matte finish paperback, and thematic styles that journey to a climax from gritty and grotesque to surreal and transcendental.The body is the sole mediator between man and universe, the moment between birth and death. Sometimes, there may be unity, love, transcendence and liberation. Other times, separation, lunacy, limitation, atrophy, violence.

B.W. Powe is a visionary, poet, novelist, philosopher, essayist, an English professor at York University and Writer-Scholar in Residence at the University of Catalonya. His works have been acclaimed and reviewed by respected critics, journals, the media, and fellow contemporaries, including Pierre Elliot Trudeau and Don DeLillo. He is known for The Solitary Outlaw (1987), A Tremendous Canada of Light (1993), Outage (1995), The Unsaid Passing (2005). In 2015, he was nominated for six awards for Marshall McLuhan and Northrop Frye: Apocalypse and Alchemy (2014) and Where Seas and Fables Meet (2015). Decoding Dust was published by NeoPoesis Press in 2016.

Takatsu is a multimedia artist and a featured Wattpad Star of 20,000 readers from Toronto. In 2008, through Secondhand Memories (Sakura Publishing), he pioneered English cell phone novels, and his acclaimed magical realist novel, Espresso Love, that delves into Kafkaesque systems and spiritual transcendence, won a Watty’s Award and reached 1 million reads in 2014. In 2016, Inspiritus Press published his literary, philosophy and art collection, Of Forests and Clocks and Dreams, and he received the Babs Burggraf Award for “The Elephant Girl”. He coordinates Inspiritus, the Literary Fiction Network, YU Crossroads, events and other initiatives.

Evan J. Hoskins is a grad student at York University, Poetry Editor for Existere journal, director of Slackline Creative Arts Series in Toronto, and an assistant at Brick, A Literary Journal. The poet has been published in many magazines and anthologies such as Vallum, In/Words, Soliloquies Anthology, and Bywords.

N.J. Greenfield was born in England but has spent his life traveling. “Persephone”, his surreal short story, was published alongside Thomas Ligotti in international publication, Die Novelle, before also being in the International Indie Collection. It became a featured read on the influential Literary Fiction Network in 2014 garnering over 30,000 reads. His short stories and flash fiction have also been published by Cecile’s Writers, Storgy, and Centum Press’ anthology, One Hundred Voices – Vol. 2. He currently lives in Germany, where he awaits the next destination.

Aaron Capelli is a native of Santa Barbara, California, studying Japanese Literature at University of California Berkeley. The poet has been published in the literary magazine Painted Cave, and won 2nd place in the 2014 Emmons Poetry Competition.

Skyler Clarke is a young poet and writer based in France. Praised for original use of metaphor, rhythm and visceral imagery, their most popular work to date has been Untitled, an ongoing collection of abstract poetry and experimental prose concerning a variety of themes, including outer space, existentialism, urbanism and depression. It was featured on the Literary Fiction Network. Their short story “The Sands See All as Equal” won first place in the 2016 Paris Young Authors Fiction Festival, and sci-fi short “SCRAP” is currently being adapted into a radio play.

Daven Sharma is a student of English at York University. He majored in Legal Studies at the University of California Santa Cruz before moving to Toronto. He is working on a thesis that examines the work of Antonin Artaud in relation to contemporary notions of “madness” and “sanity.” His poetry is an effort to apprehend the language of affect in an increasingly estranged and artificialized world. Daven is actively involved in curating projects with Inspiritus Press, and he initiated the Apparatus chapbook project, which was published in 2017.

Deniz Sonkan lives and works in Toronto. She studies English and Philosophy at York University. Her poetry contemplates the nervous and slack-boweled human condition indicative of late-capitalism by exploring the themes of alienation, addiction, and the perverse. She is influenced by the cut-up technique of Burroughs and the trenchant intensity of Dickinson. Deniz is working on a poetry collection called “The Mighty Anguish”, which will see its completion in 2017.

Sierra Marilyn Riley has been writing and experimenting with poetry for many years, and is currently in her second year as a double major in Creative Writing and Playwriting at York University. She is producing and performing two shows at the playGround Festival for her second consecutive year. She has been published in student papers, Hello Giggles, as well as Middle Eastern youth magazine, one8one.

Colette Thomas was born in sunny Swaziland and found her calling through establishing a pre-primary school where she still teaches. She has always kept journals where she places bits of her soul, mainly in the form of poetry. This year, she began sharing her writing with the world through the online platform Medium, building a readership of four hundred.

Nikita Shorikov is a Russian-born Canadian fiction writer, poet, and essayist currently residing in Toronto. His literary experiments seek to explore, among other things, the nature of experience in formal, philosophical, and aesthetic terms, and have been recognized for their powerful emotional undercurrents and innovative use of form and temporality. His work has been anthologized and has appeared in journals like (parenthetical) and KYSO Flash.

C.J. Garrett is an absurdist avant-garde poet, spoken word performer, and a cell phone novelist of titles such as Silent World’s Disturbed Melody. His Dada-esque collection, Memoirs of a Zygote, was published in 2015. Currently, he is working on a prose collection, and at Inspiritus Press.

Thomas Arthur Farrell, a literary writer from the cold hollows of New England, graduate of the University of Colorado and the Vermont Center for Integrative Herbalism, is a student of nature, a husband and school teacher who currently resides in the Orient. He won a Watty’s 2016 Award for his short story collection The Hanging of the Swings of Versailles and is featured on the Wattpad Literary Fiction Network.

Mae Claudette Costan is an artist, photographer and student at the University of the Philippines, with an eye for minimalist, surreal and abstract art. She has worked as an editor and contributor to publications such as Of Forests and Clocks and Dreams and the Aquarian. Recently, she started working as a freelance writer, and Social Media Manager at Inspiritus Press.

Be the first to review “Apparatus Photography” Cancel reply