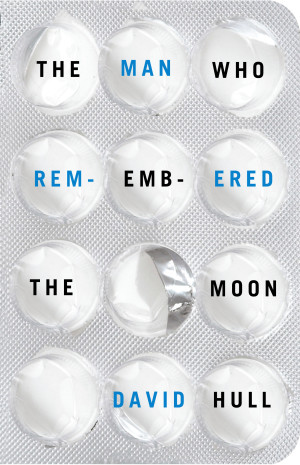 The Man Who Remembered The Moon

A mesmerizing novella about perception and longing…

He says it's gone. They say it never existed. Daniel Hale is The Man Who Remembered the Moon.

“Thoroughly satisfying.” – The Globe and Mail

“A superb story… an ongoing series of surprising revelations/suppositions — surprising, yet satisfying within the rollercoaster logic of its world.” – Matthew Sharpe, author of The Sleeping Father, You Were Wrong, and Jamestown

When the moon disappears, Daniel Hale is shocked to find that he’s the only person who remembers it. He is quickly committed. As he struggles to comprehend what might have happened to the moon – and to himself – only his doctor, the tenacious Marvin Pallister, holds out hope that Daniel might be cured of his delusion – now dubbed Hale-Pallister’s Lunacy.

A virtuoso vanishing act, a puzzle in die-cut pieces, and an unexpected meditation on loss. The Man Who Remembered the Moon is a cerebral, witty novella, baffling, enigmatic and haunting.

From the review at Literary Relish:

“In a mere handful of pages Hull creates an atmosphere of tension to rival the greatest short story writers out there. Sat in a bar one night, our protagonist meets a curious character; a J G Ballard aficionado. Intrigued, he accepts an invitation to go to his flat to see some of his memorabilia, only to discover that things aren’t quite as ordinary as they might seem…”

David Hull is author of The Man Who Remembered the Moon, Professor Connected published by Dumagrad Books, the innovative Canadian literary indie press. David’s work has appeared in The Walrus, Canadian Literature, The Malahat, The Fiddlehead, ON SPEC, and other magazines and journals. He was the winner of the 1998 Prairie Fire Long Fiction competition, judged by the late Matt Cohen, and has received grants from Ontario and Toronto Arts Councils, for his upcoming novel, At Gerber’s Grave.